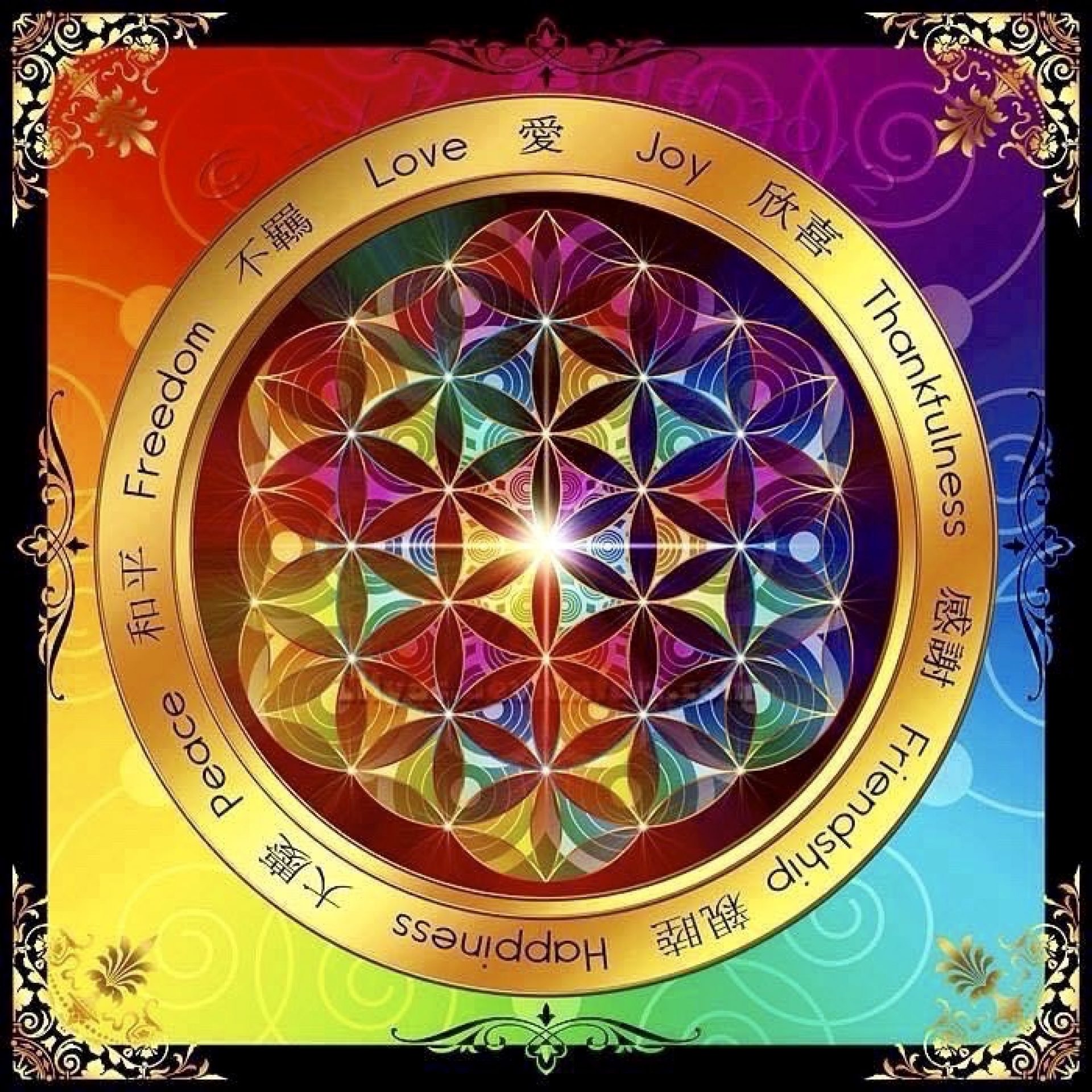 THE STORY OF POVERTY

At the beginning of my transformational journey, I   heard this STORY from one lady. EVERYTHING can be found in it! ? The Wisdom of world, Universal laws, but above all the “crooked, human, so-called Love”. It truly touched my heart and from that moment on it’s alive in it. It’s been for more than 18 years now. I wish your heart will open to the wisdom of this story as well. ???

Verdict of a judge: “Sentenced to death by hanging. Life for life!”

According to the convicted it was a “mere” unfortunate accident. Killed a man during a burglary. Didn’t intend to. It was an unplanned sequence of events. He “just” wanted to steal. ?

Now standing on gallows, sadly glancing at the rope, grief and fear in his heart. Gazing into the screaming mob, that agrees with his final judgment. ? Their eyes meet. He and his mother. Both in tears, quietly staring at each other, their hearts suffering. Desperation, regret… an impending doom of death in the air. He is only 21 years of age, whole life ahead of him! A moment of repentance and remission has just begun. The priest is approaching him slowly. Asking the convicted if he is aware of who or what had caused such a horrid tragedy. The convicted answers: “Yes, I know why I have to die now. One NEEDLE is to be blamed. Today I die because of a NEEDLE.” ?

When he was still a very small boy, he was lively and fond of exploring new things. ? He would spend his days with other boys from his village, always returning home in dirty and torn clothes. His father died very soon. Only raised by his mother. She was a simple poor woman, that could hardly support them. One day the boy came home with completely torn trousers. Mother looked at him sadden expression and says: “ Son, I would like to amend your trousers, but we are so poor, that I can’t afford to buy a needle. The old one broke this morning and I don’t have the money for a new one. You are going to have to wear those torn trousers.” The boy watched her crying mother and felt sorry for her. He is not going to allow her to be upset for one small needle. ? He had a plan. He devised it! An idea! There is a tailor living in a nearby village and he surely has sooo many needles, that he won’t even notice if one disappears…the more he thought about it, the more courage he gathered. His mother will no longer need to cry. ? And he needs his trousers amended. ? He stealthily sneaked into the tailor’s house and took one of his NEEDLES. His heart pounding as a drum. But he made it! He has it, he has the needle, his mother can stop crying now, and the holes on his trousers are going to be sewn up! He brought the needle home to his mother. ? He says: ”Mother, I brought you a needle so you won’t be upset and worried about our poverty and have something to sew my trousers with!” Mother looked at him with a smile on her face. This brightened up her mood and she immediately started to sew his trousers with a loving smile. They both fell asleep with smiles on their faces. Few days later the son came home and saw his mournful mother crying in the kitchen, with her head hidden in her palms. Sobbing. He asks her:” What happened, mother?” And his mother sobbingly tells him how their last hen, that bore an egg a day for them, was killed by a marten from the woods. And now she can’t prepare any food for him, because she can’t afford to buy eggs. The boy looked at the worried mother and rage blinded his heart. Stupid marten! What are they going to eat now? He won’t let his mother cry because she doesn’t have any food to put on their plates! He loves his mother! ? And he is hungry as a wolf. An idea came quickly. He is going to take a trip to the next village and steal a farmer’s hen. He has loads of them anyway. And the fact than one disappears will be left unnoticed! The tailor is not missing the stolen needle, and nobody is looking for it. An excellent idea. And so, it shall happen! When the sun set he sneaked into the farmer’s chicken coop and stole three hens. Three hens will bring three eggs a day, that’s more than just one! He is always hungry nonetheless, and his mother will finally be able to eat properly! He brought the three hens home to his mother. She immediately jumped from the table with happiness, embracing her son. ?

From that moment onwards, they never suffered from hunger. And the number of animals on their yard was increasing. The mother was happy and thankful for her son taking such a good care of them. There were increasingly more animals and also things in the poor cottage. They no longer suffered from hunger or misery. The boy would still go on his nocturnal endeavours. He knew exactly who lived where and also what they possessed, according to which he provided anything what he or his mother needed. Until… His mother fell ill. She lay in bed with a high temperature, moaning in pain. The boy called a doctor from a neighboring village. He examined her and found out that she is seriously ill and in dire need of medication. The boy was left with a prescription in his hand. Medications were expensive, and he didn’t have any money. His mother was suffering in front of his eyes and the boy’s heart was dying from fear.  An idea came! They have loads of money in a bank and if he takes just a small amount, nobody will even notice! ? He will provide the medication for his mother! He waited until it got dark and took off into the town to steal. He knew exactly where the bank was and knew where the safe was as well, but he didn’t know about an old guard. The boy broke the cellar window and sneaked into the bank. He quietly entered the room with the safe, opened it and started to put the money into a bag. What he didn’t account for, though, was that the old guard didn’t sleep at night, but did his job respectively. He heard the thief and followed him. He had an old gun that he had never used before and did not intend on doing so. He just wanted to catch the thief and bring him to justice. They met face to face. The boy panicked. Nobody has ever caught him during his thievery. He tried to run away from the guard but to no avail. When it came to a fight the gun was shot. Neither of them had the intention to kill that night. The boy was simply saving his mother and the guard was just doing his job. The old guard died by the hands of the boy. Everything for one small NEEDLE. ?

His words “one NEEDLE is to be blamed” are deeply rooted in my heart. ?

Sometimes a very little is needed, and everything can be different. A small change causes a completely different outcome. If you change + sign to – in a math problem, this small change can alter the result remarkably! The universal laws are our signs and rules. ? You can read more about that here.

This story is not only about the nurture of your children and about what boundaries do we give them, what we teach them, in what we support them, but also about us. About our RESPONSIBILITY, CLARITY OF THINKING AND HONESTY. ? What surprised me the most about this story was that the mother never once tried to ask from where did the boy get that needle?!

AND A SEED WAS SOWED!!! And grew, until it brought fruit. What was sowed, was also REAPED. You can read more about that here. The evil always wants more. It won’t leave you in peace. It forces you to action, forces you to steal and take. And brain? That has such software which we upload on it. Brain can excuse and rationalize any action. It’s a good servant to EGO. ?

This story is about OUR INNER POVERTY. About our inner world. About our approach to life. If we are going to cry about the given situation, that is unfavorable and let others deal with it for us… It’s about if we strip ourselves of our own responsibility for our life and will take others down with us. And they will help us out of Love or pity. ? PITY is not a virtue. It’s a destructive passion. It overwhelms your inner world with emotion and the feeling of guilt, striping us from our inner freedom and light. Compassion is a virtue. Compassion means to light up the road out of misfortune for somebody. So that we are not overwhelmed with an emotion. So that our light brings them HOPE and CREATIVE IDEAS. .???

Internally poor people don’t have ideas, they don’t create new things, they only cry, complain and expect that somebody will save them out of their misery and they like to steal. ?

THIEVERY is not just when you physically take something from someone without their consent or knowledge. Thievery happens on the intangible level as well. ? We are the thieves whenever we steal energy from other people- their dreams, desires, wishes, hope… We steal energy when we envy, hate or are jealous… The universe doesn’t recognize on what level we steal. We either do it or don’t. YES or NO! All of the levels are equally important, and the universal laws are applied on all of them the same way!!! The universal laws are fair. They provide everybody with what they deserve! ? All of this is in the story… ?

When I was still a child I had a favourite book in my parent’s library. I would just go through the pages, looking at the pictures sometimes. That book attracted me incredibly. When I finally learnt how to read I found out that it was a collection of poems by J.W.Göethe. Then, I had no idea that he was one of the votaries- spiritually very matured being incarnated on Earth. As with the story about a NEEDLE, the motto in this book of poems has been alive in my heart ever since childhood.

“A healthy person without money is half sick.” J.W.Göethe.???

Today I know what it means. My Transformation brought me RECOGNITION hidden in this wise sentence. ?

I DECIDED TO BE HEALTHY -in thinking, feeling, acting, on the spiritual, mental and physical level. ?